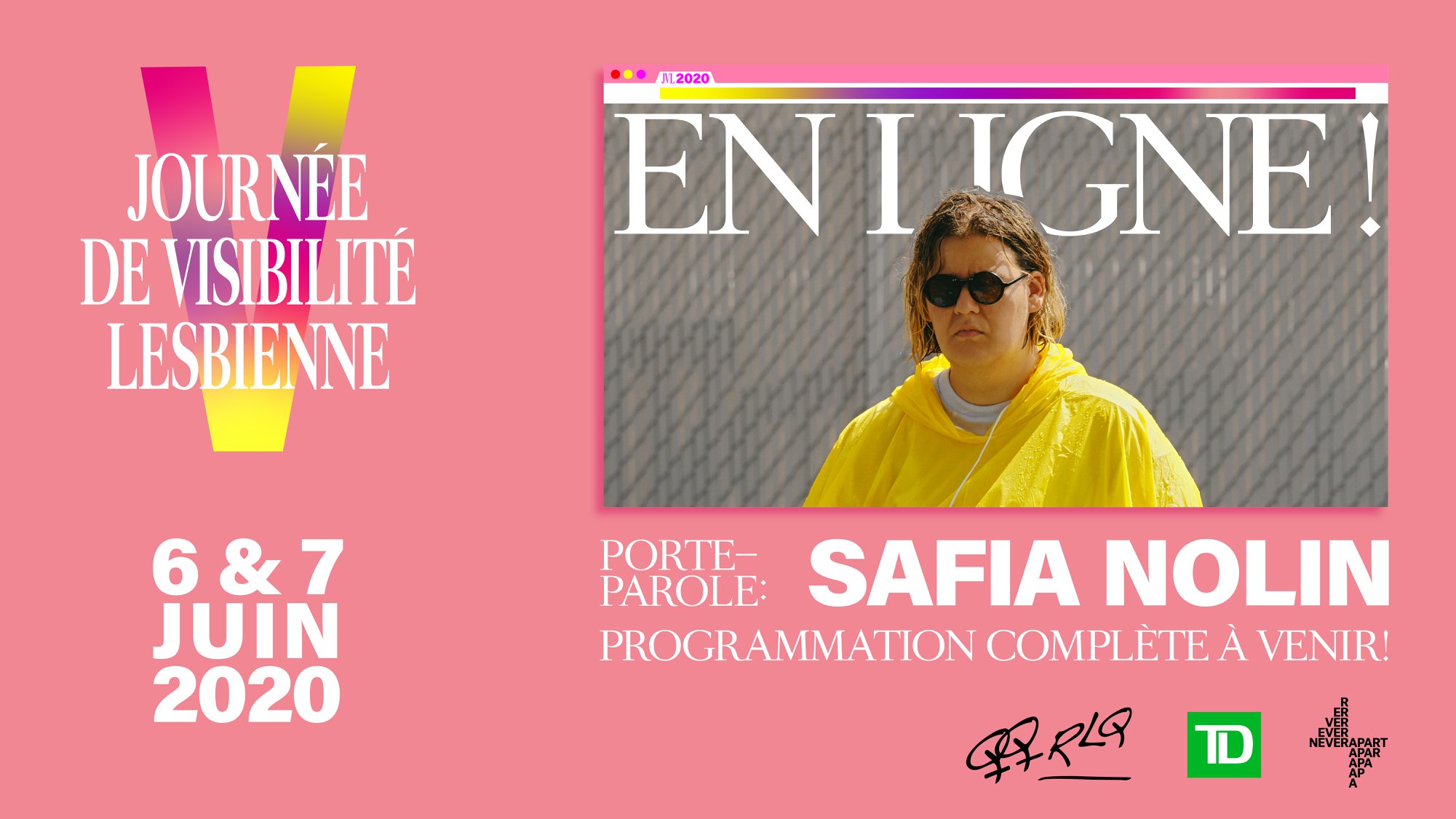 In these exceptional circumstances, we decide to maintain Lesbian Visibility Day 2020 next June, in the form of online programming! Because it is more important than ever to give visibility to women of sexual diversity, and also, because physical distancing does not mean social distancing.

This year, Lesbian Visibility Day will take place over 2 days, June 6 and 7.

We are pleased to announce that artist Safia Nolin has joined for the second year in a row as spokesperson for the event. The full program will be available in the coming weeks.
Thank you to our partners, TD Bank and Never Apart.

** The physical event that was to take place is postponed to a later date, when it is safe and authorized. 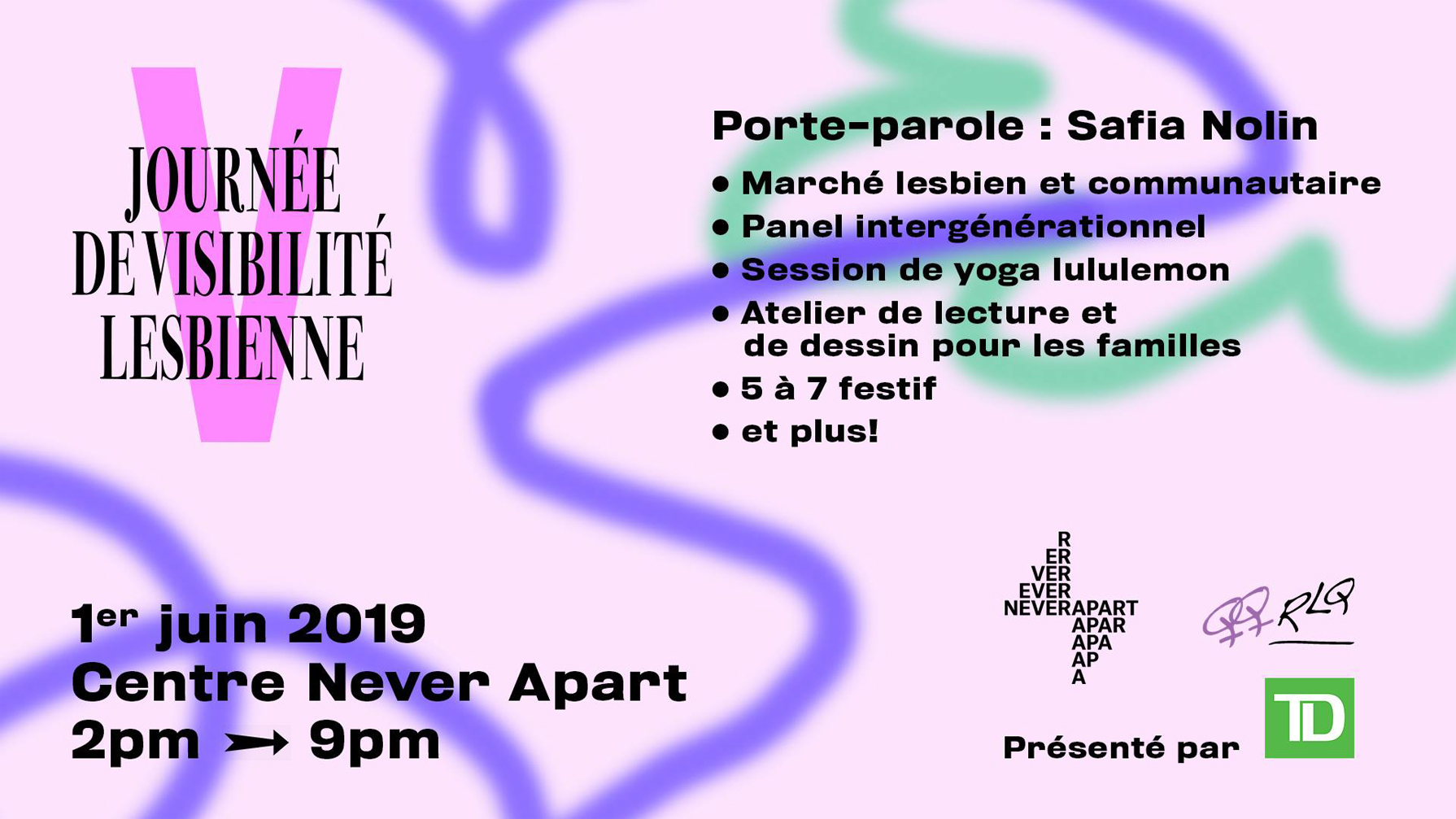 * Before the official opening of the JVL. By reservation, via Eventbrite (limited places) Yoga session at Never Apart for LGBTQ and allied women. Come and practice this unique sport which promotes well-being and health. No need to be a follower, you just have to want to move!

2:00 p.m. - Opening of the Lesbian Visibility Day 2019 and the community and lesbian market

* Before the official opening of the JVL. By reservation, via Eventbrite (limited places) Yoga session at Never Apart for LGBTQ and allied women. Come and practice this unique sport which promotes well-being and health. No need to be a follower, you just have to want to move!

Outstanding women will testify to their positive lesbian memories! In their respective fields, these activists participated, in their own way, in promoting lesbian visibility, paving the way for future generations. Today, their voices carry more than ever, they are heard! We wish, through this panel, to offer moments of empowerment to women of all ages, moments of Lesbian History through the stories of those who wrote it.

In collaboration with the L’Euguélionne bookstore, you can attend a reading of works related to LGBTQ families. In addition, Never Apart’s historic LGBTQ coloring book is a fun, retro-kitsch project that also serves as an educational tool. Much of LGBTQ history has been erased and is not taught in school. Growing up, many of us didn’t have queer models. In Color by Icons, it’s up to you to color the lines. Come color your favorite icons!

You will have the chance to continue the evening in a bar / partner establishment. See you next year! 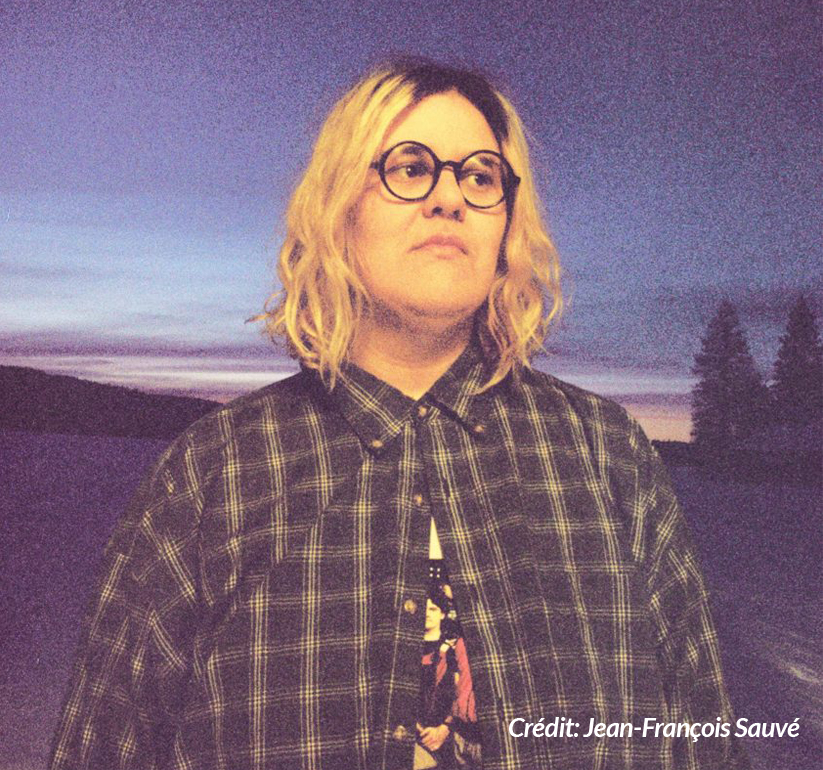 With her dark folk-flavored songs, Safia Nolin was able to charm both critics and the public, winning the Félix for Female Interpreter of the Year at the 2017 ADISQ Gala, a year after being named Révélation de l year at the same gala. Whether she sings her own compositions or covers of Quebecois classics, the artist transports us into her unique universe.

Safia Nolin’s third album – her second composed of original songs – is titled Dans le noir and was released on October 5, 2018 via Bonsound. Named on the long list of the Polaris Music Prize and at ADISQ in the Album of the year – Folk and Album of the year – Critics’ choice categories, Safia’s first album, entitled Limoilou, was released in September 2015 via Bonsound. The artist from Quebec has since won the prestigious 2016 Félix-Leclerc Song Prize, the SOCAN 2016 Revelation Prize and two prizes at the 2016 GAMIQ (Folk Album of the Year and Songwriter of the Year) . The day after the ADISQ Gala, in November 2016, Safia launched a surprise album called Reprises Vol.1, on which she paid homage to beautiful music from here.

She takes back eight classics from the Quebec repertoire with all the sensitivity that we know. The album won the Félix for Album of the Year – Reprises at the 2017 ADISQ Gala. 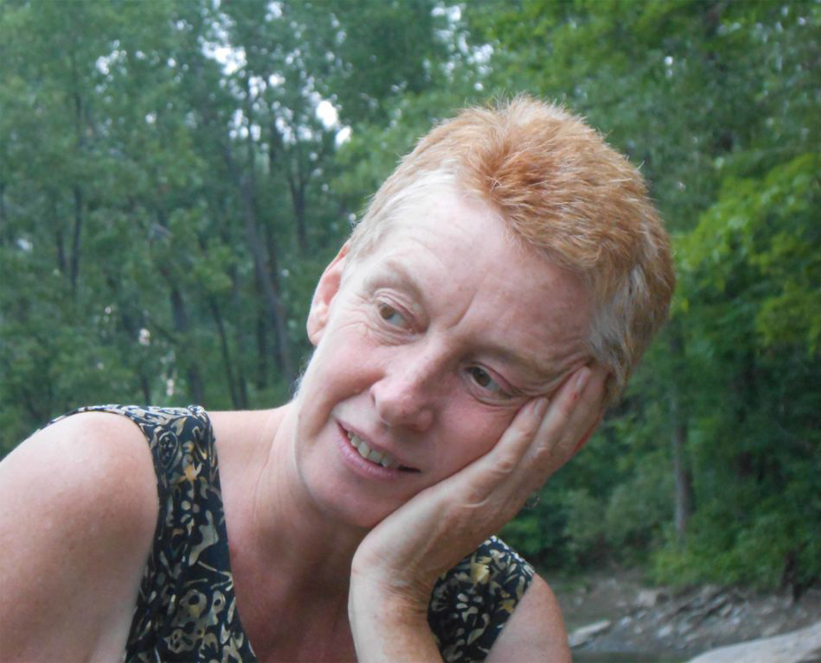 Outstanding women will testify to their positive lesbian memories! In their respective fields, these activists participated, in their own way, in promoting lesbian visibility, paving the way for future generations. Today, their voices carry more than ever, they are heard! We wish, through this panel, to offer moments of empowerment to women of all ages, moments of Lesbian History through the stories of those who wrote it.

Laura Yaros has been a lesbian, proud and activist, for 46 years. For decades, she has collaborated with various lesbian, feminist and community groups. In October 1981, on Radio Center-ville, she began collaborating on the weekly feminist / progressive show “Matrix”, an English-language show by and for women, including a lot of lesbian-themed content. For 14 years, she also collaborated on the inter-team program “Montréal sans accent”, a weekly progressive program in French. She has been part of various groups for LGBT Jews in Montreal: Montreal Jewish Lesbian Group, Ga’ava and Nice Jewish Girls. With her spouse, Beth, she has been a member, since 2003, of the Congregation Dorshei Emet, the reconstructionist synagogue in Montreal. The two women participate actively while being 100% visible as a lesbian 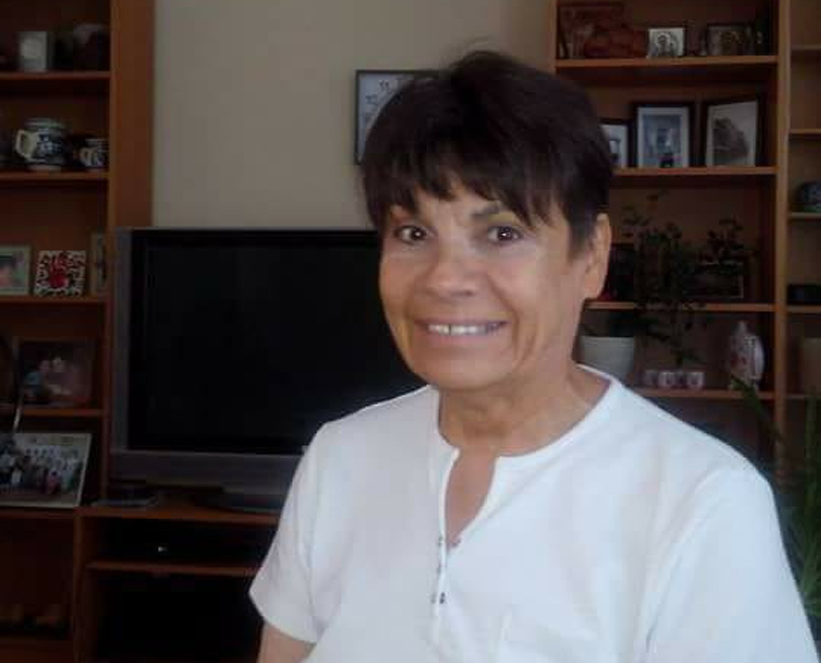 Monique worked as a social worker with children in schools. “My coming-out was the happiest moment in my life and I can’t wait to share it on Lesbian Visibility Day,” she said sincerely.

“I was born in Uruguay, where I lived my first 20 years, and then went to Paris, where I did my BA in letters. I left in 1965 to teach a year in Guadeloupe and I came in Montreal in 1967 to follow the woman I loved. I have stayed there until now. While teaching, I did my doctorate here, I became a lecturer at UdeM and UQAM , and freelance journalist for twenty years. I participated in the first days of lesbian visibility in the center of Gilford Street and wrote a few articles in the magazine Treize. In three of my books published in Quebec, it talks about of lesbian love (Passion fruit, Traps, Waters of memory). I retired in 2014. I’m surviving. “ 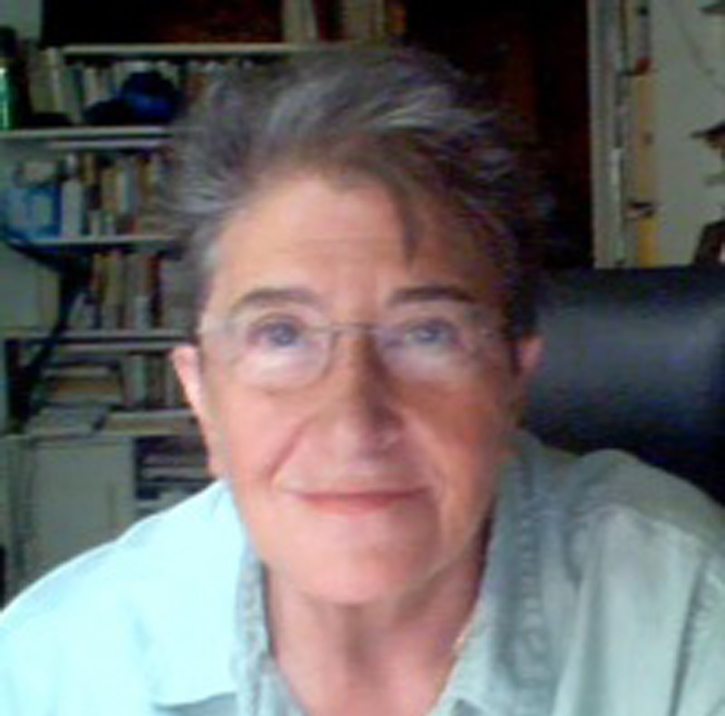 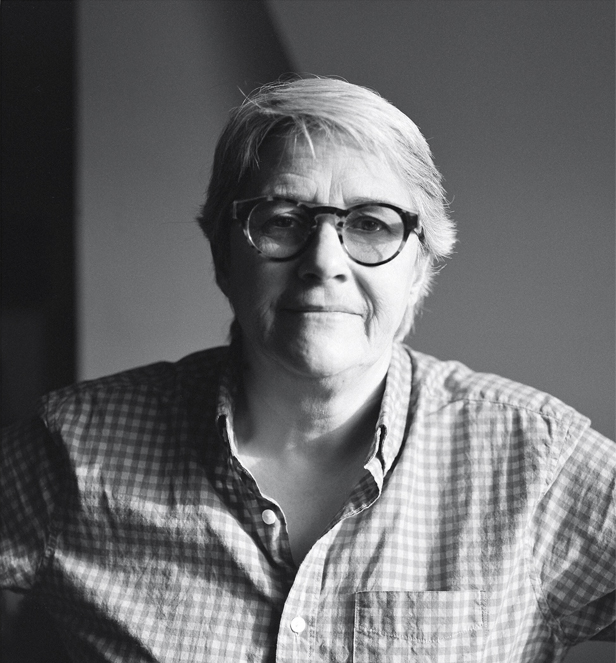 Activist since 1984 in the collective of the review Amazons of Yesterday, Lesbians of Today (AHLA), Johanne Coulombe co-founded, with Dominique Bourque in 2014, Les Éditions sans fin. These favor the works of lesbians who articulate in an artistic, scientific or conceptual way their visions of the world. 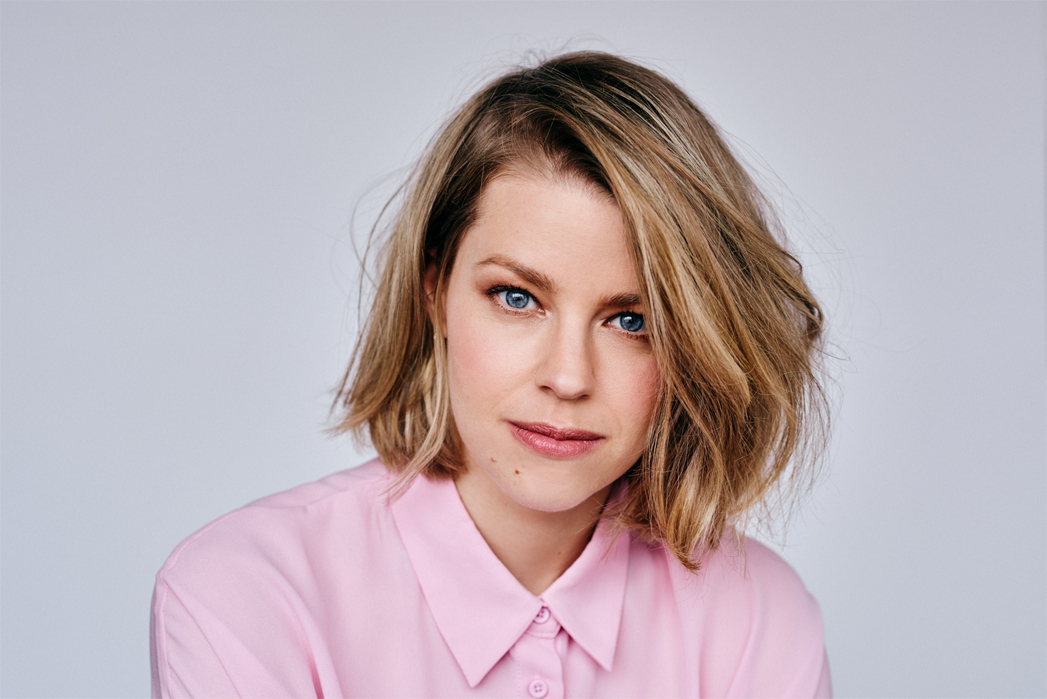 Judith Lussier is an author, journalist, columnist and host. Holder of a bachelor’s degree in Communication and Political Science from the University of Montreal, she is interested in social issues, and in particular feminism and the rights of sexual and gender minorities, which she tackles in particular as a columnist for opinion in Journal Métro. We owe him several essays, including The Aid to Procreation in Quebec (VLB), Beyond Limits: The History of Wheelchair Sports (Flammarion), and We Can No Longer Say: Activism in the Age social networks (Cardinal). She collaborates on ALT (VRAK) and We will make no friends (Télé-Québec), in addition to co-hosting the feminist capsule series Les Brutes at Télé-Québec. 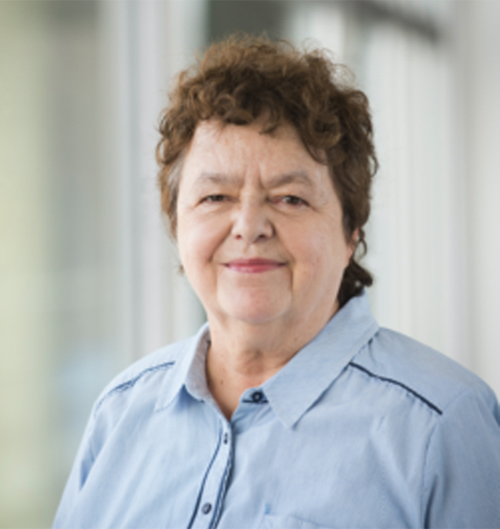 Line Chamberland is a longtime lesbian activist. In the 1970s, she participated in the creation of the first group of French-speaking feminist lesbians in Quebec, the Coop-femmes. Since then, she has been involved in several popular and union organizations as well as in the lesbian magazine Treize. A sociologist by training, she became interested in the history of lesbians in Quebec and published a book, Mémoires lesbiennes, which reports on the difficult experiences of lesbians in Montreal during the 1950s and 1960s. She then did several research on different forms of social exclusion and discrimination against LGBTQ people, especially in education, work and health. Since November 2011, she has held the Research Chair on Homophobia at UQAM, which benefits from the support of the Minister of Justice as part of the government’s plan to combat homophobia and transphobia in Quebec. She is currently leading the SAVIE-LGBTQ project, Knowledge on the inclusion and exclusion of LGBTQ people, which brings together a large number of researchers and partners.