On the occasion of the 40th anniversary of the Lesbian Visibility Day, we wanted to distribute the documents relating to the editions held since 1982. The entire archives of the Lesbian Inter-Action Days from 1982-1992 are kept in the premises of the Quebec Lesbian Archives, located at the LGBTQ+ Community Center in Montreal, we would like to thank them for allowing their consultation and dissemination. For information concerning Lesbian Visibility Days after 2005, we would like to thank the Lesbian Solidarity Center (CSL), GRIS-Montréal, Fugues magazine, the Gay Archives of Quebec (AGQ), as well as Interligne for their various contributions. 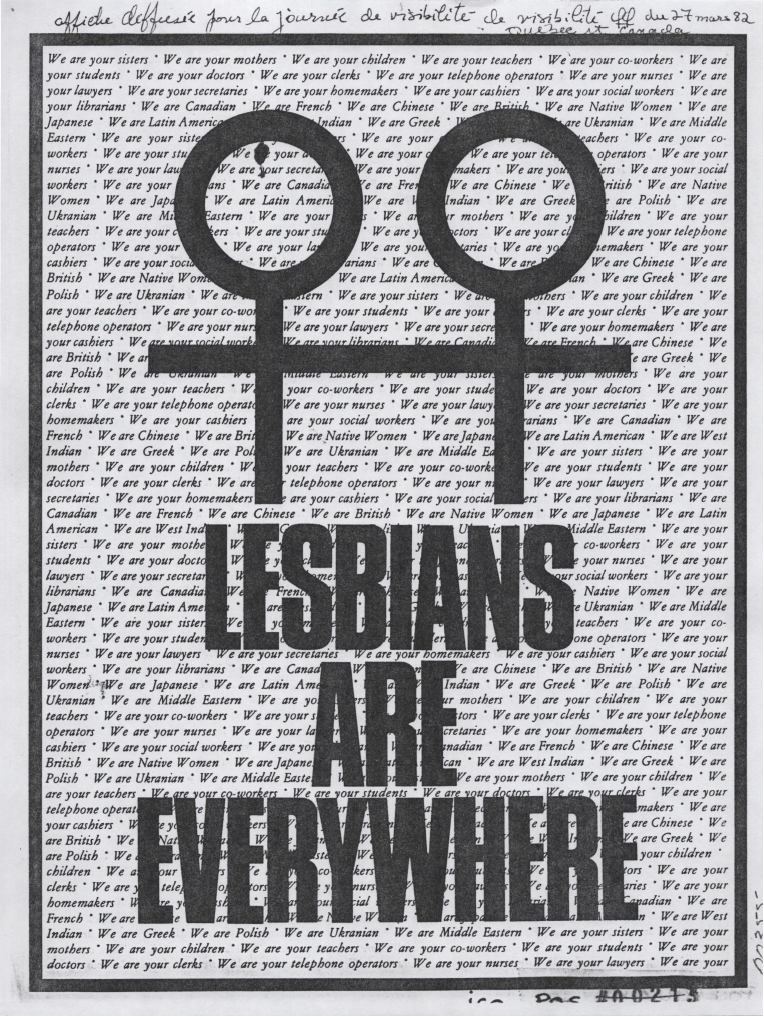 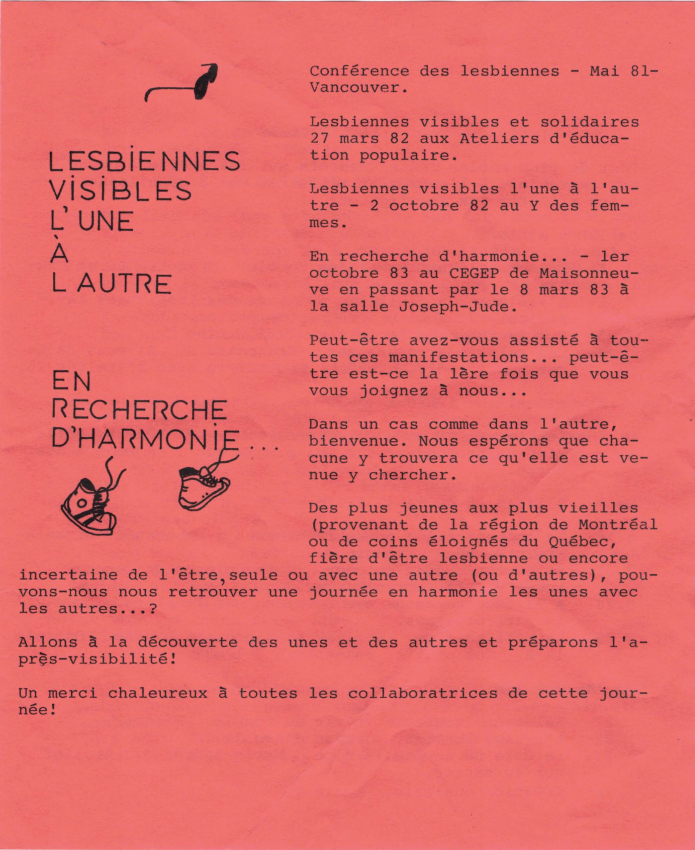 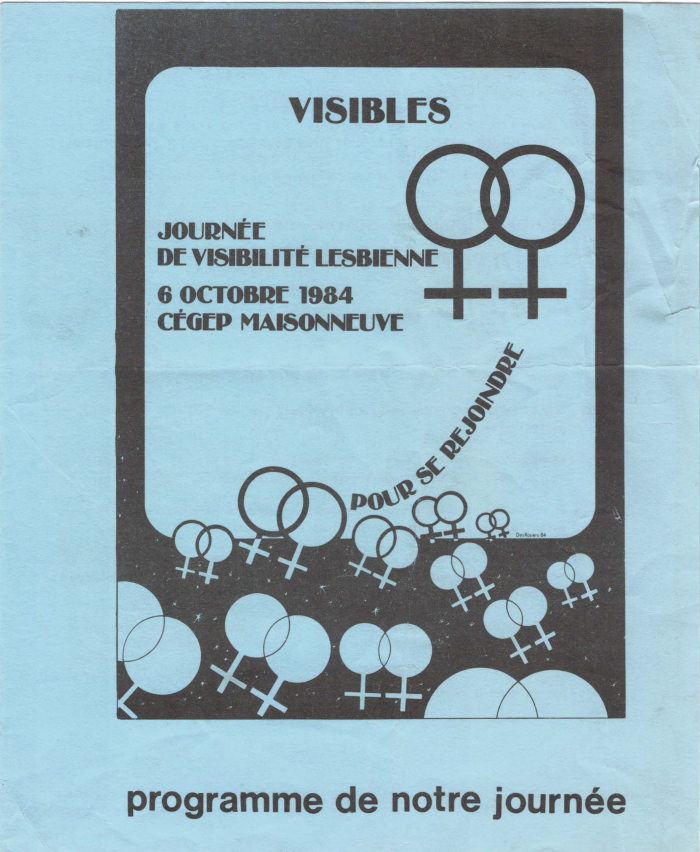 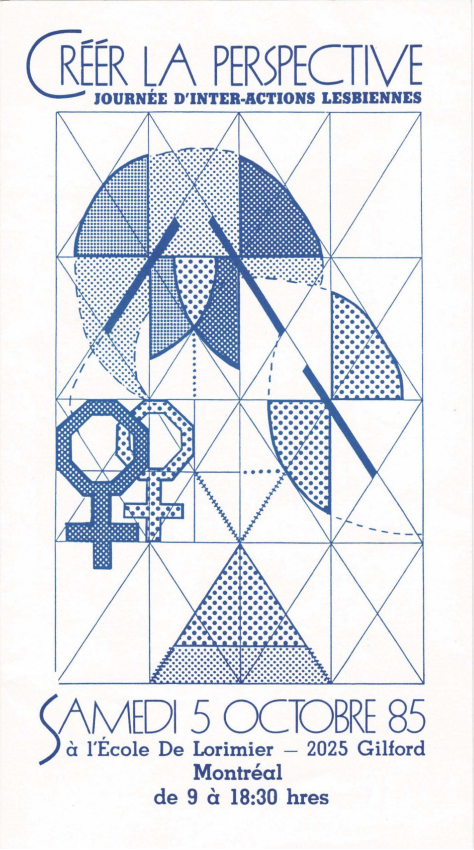 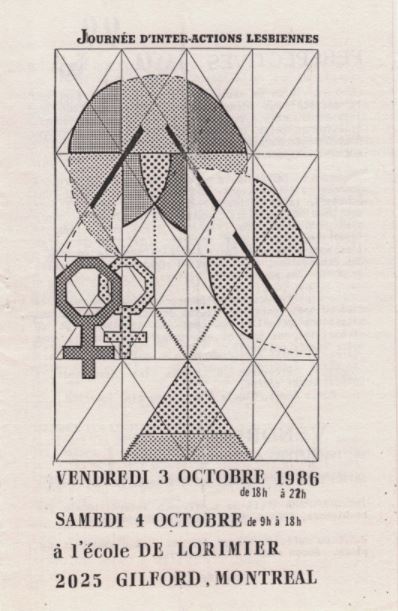 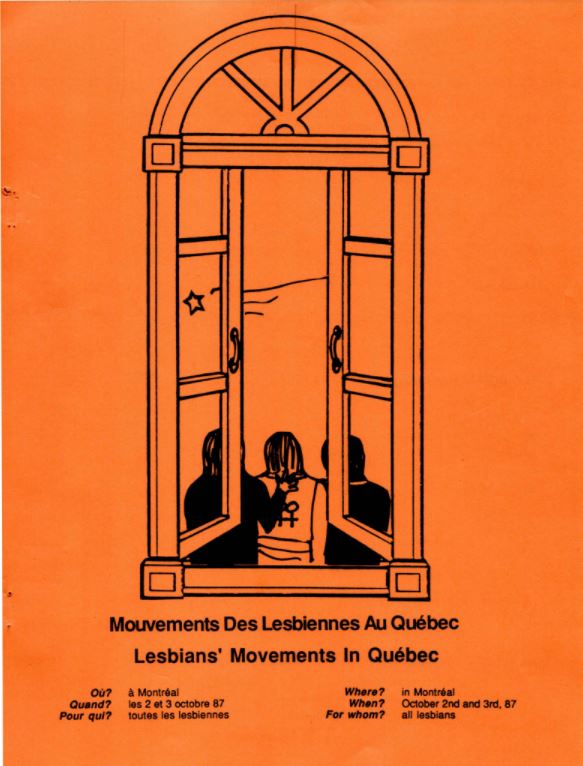 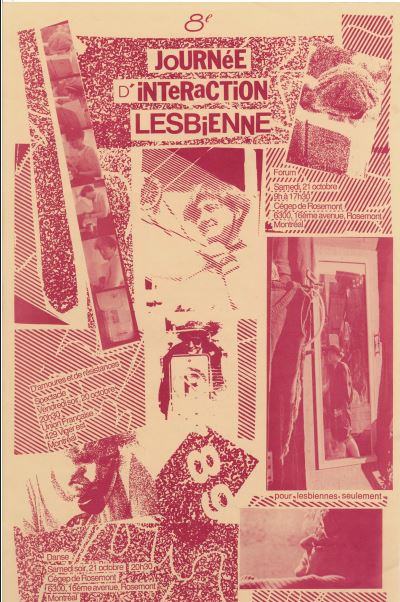 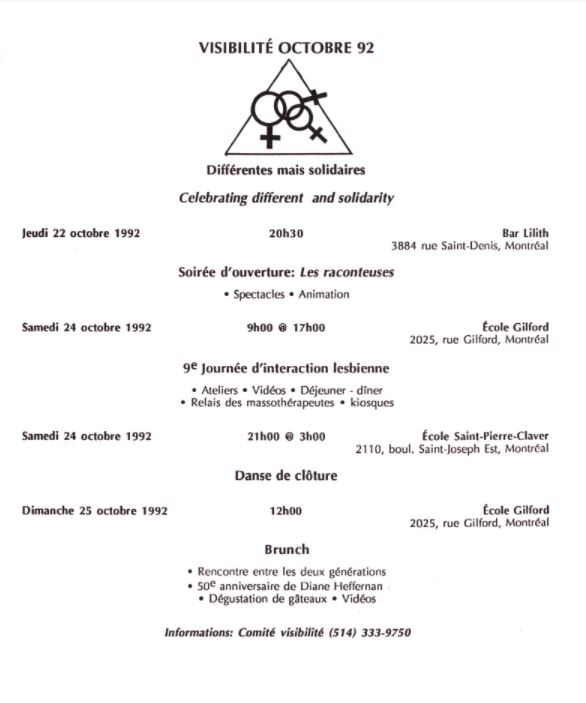 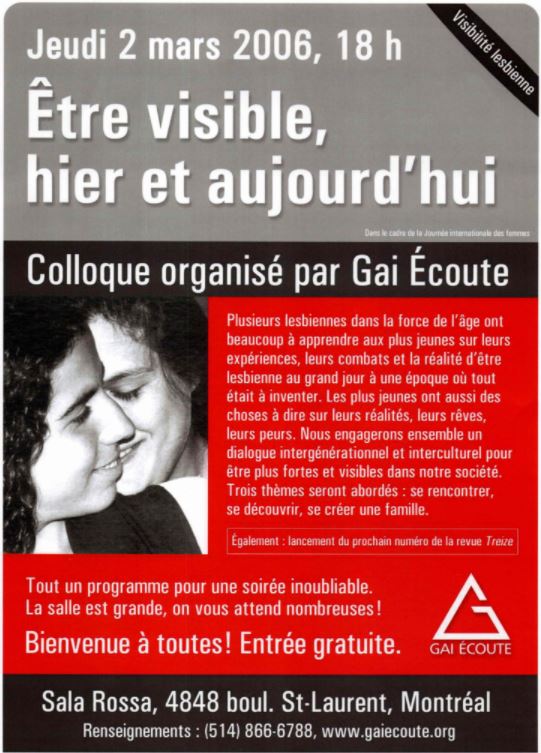 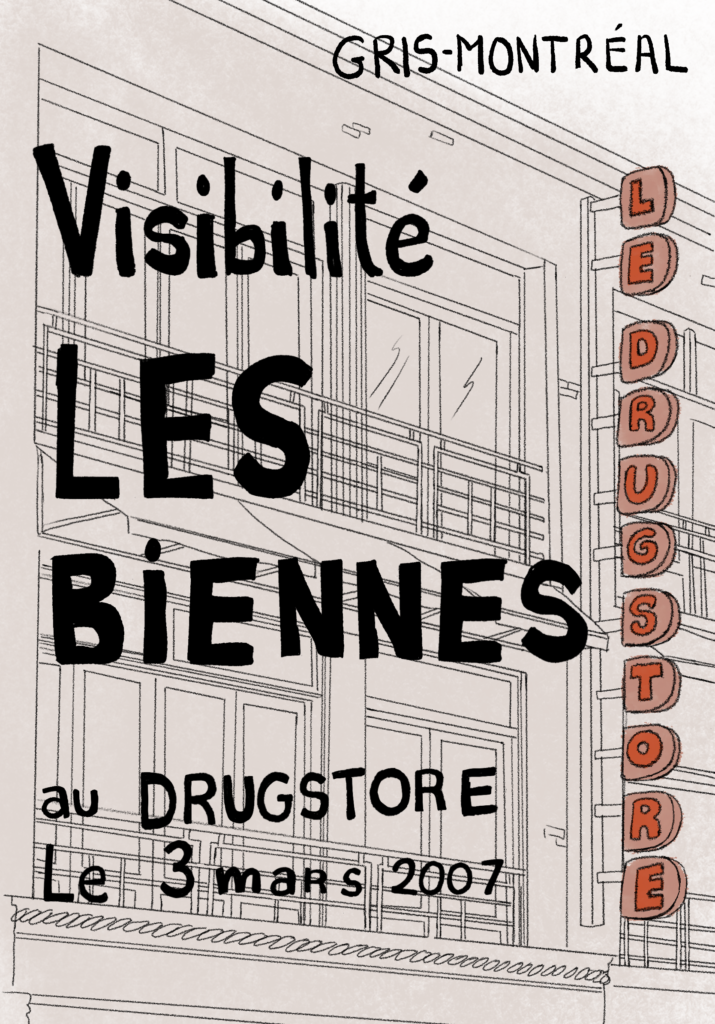 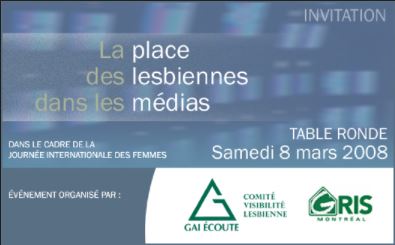 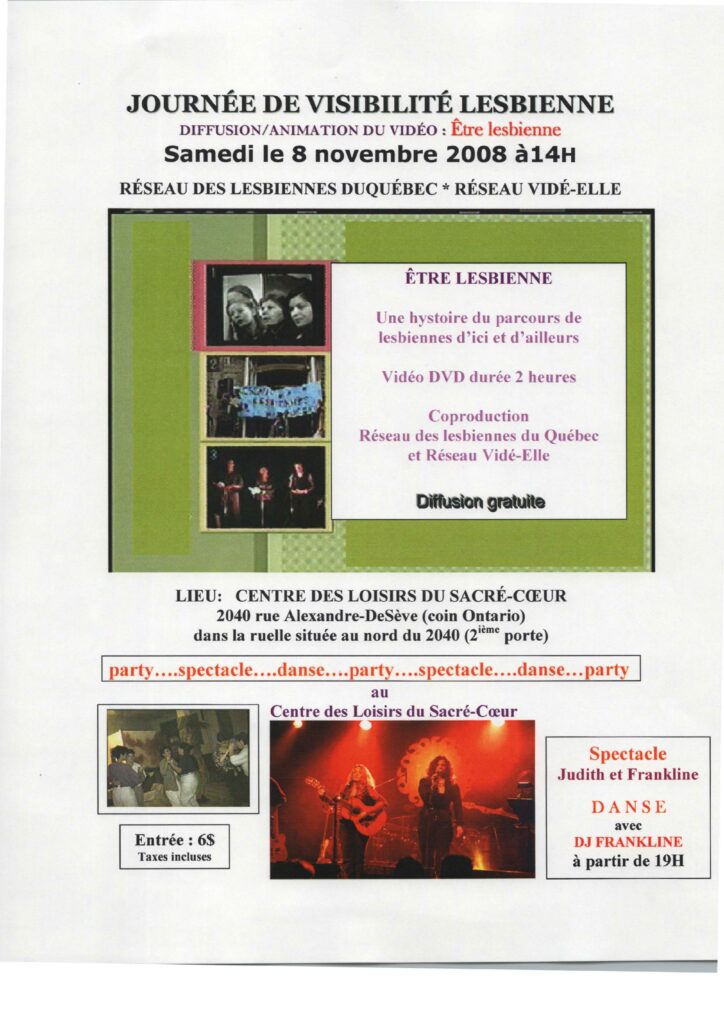 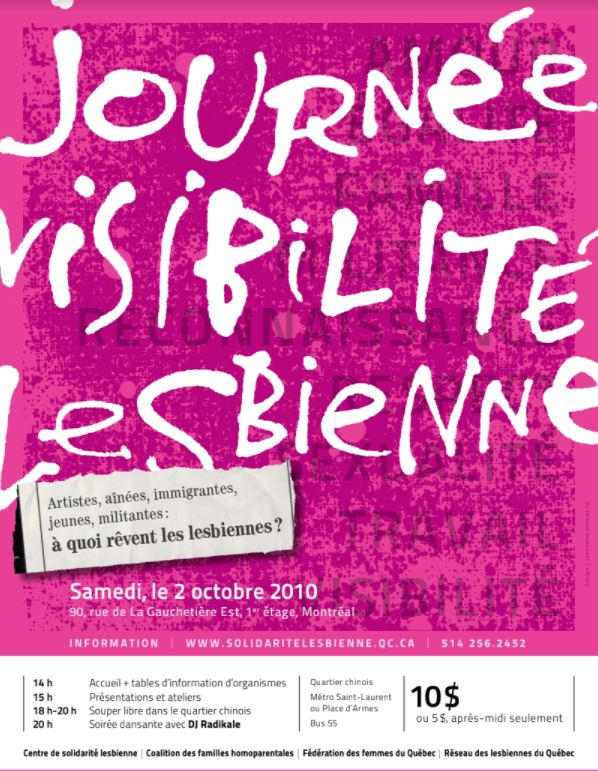 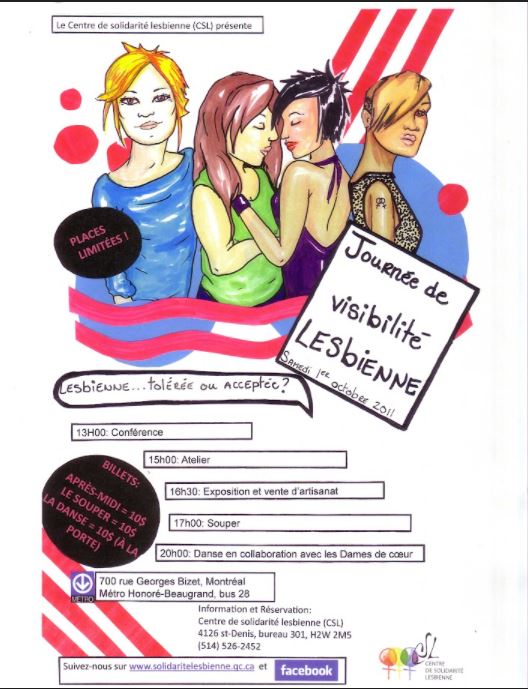 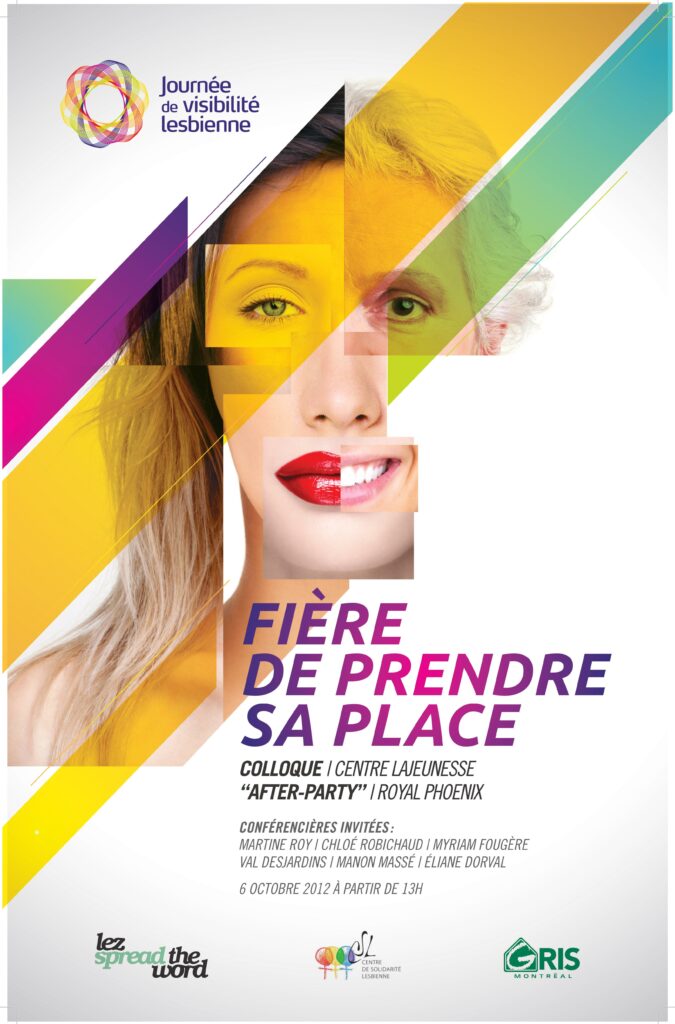 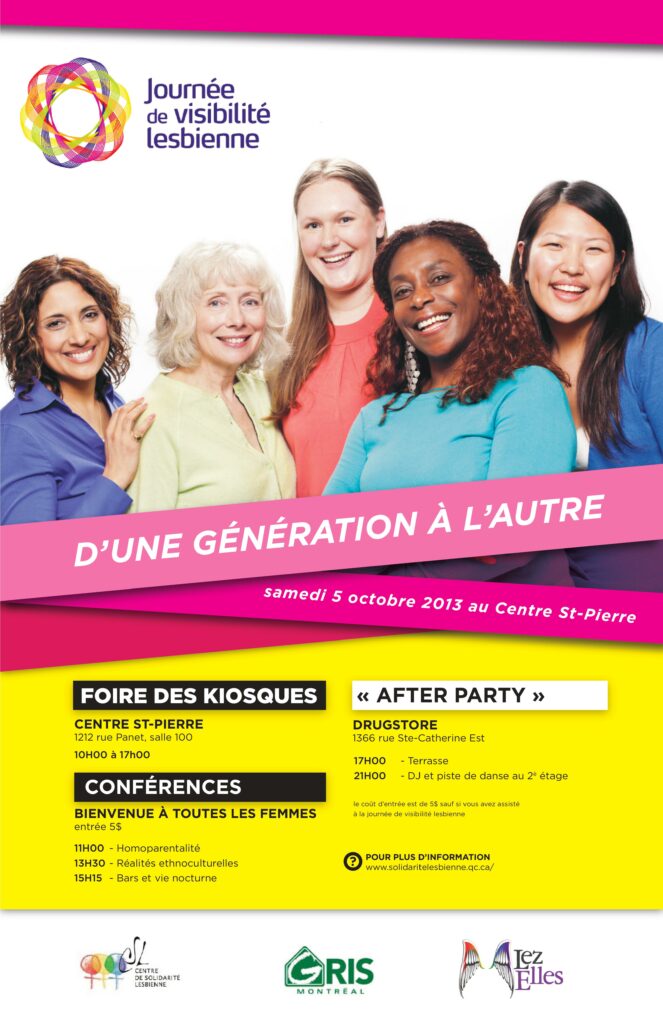 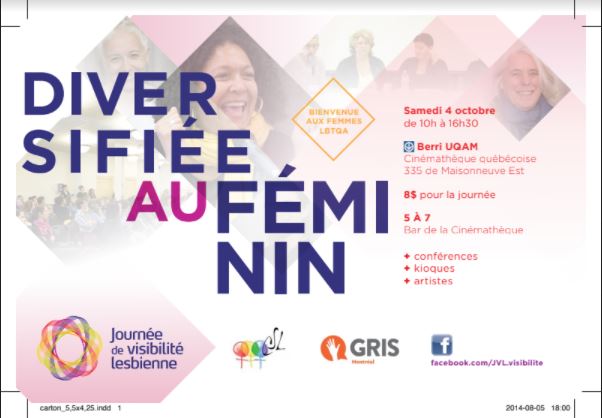 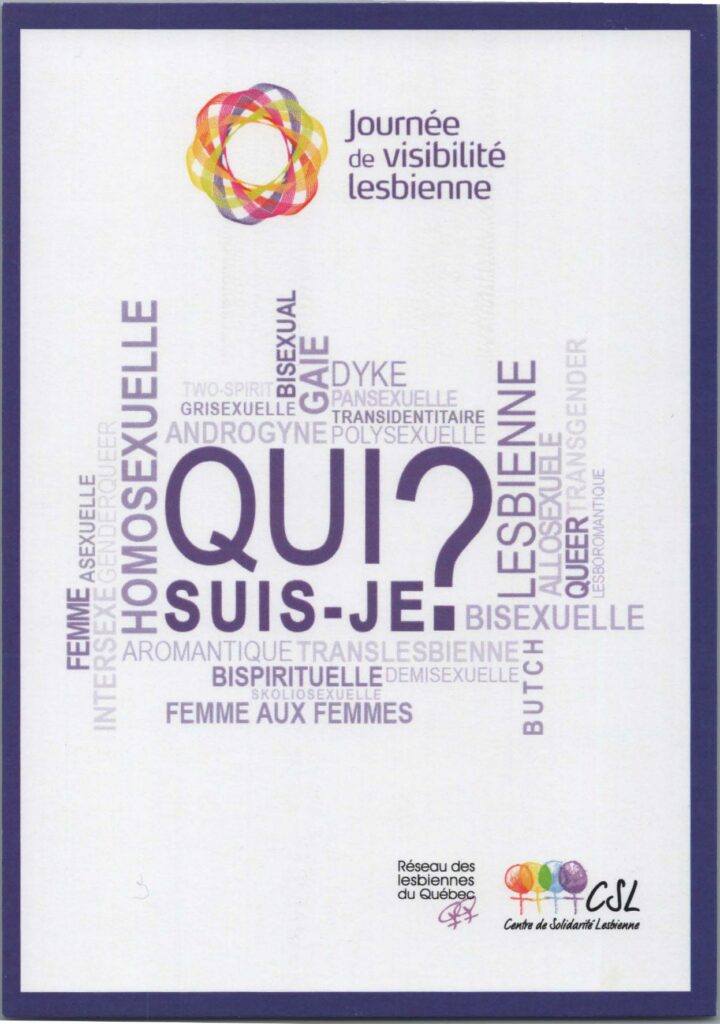 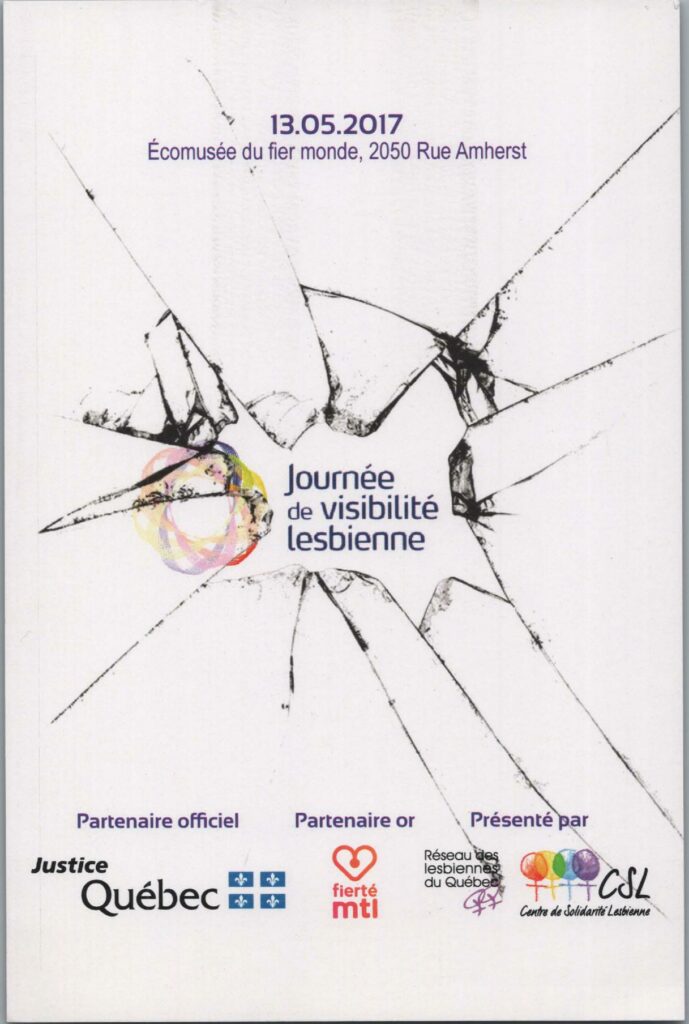 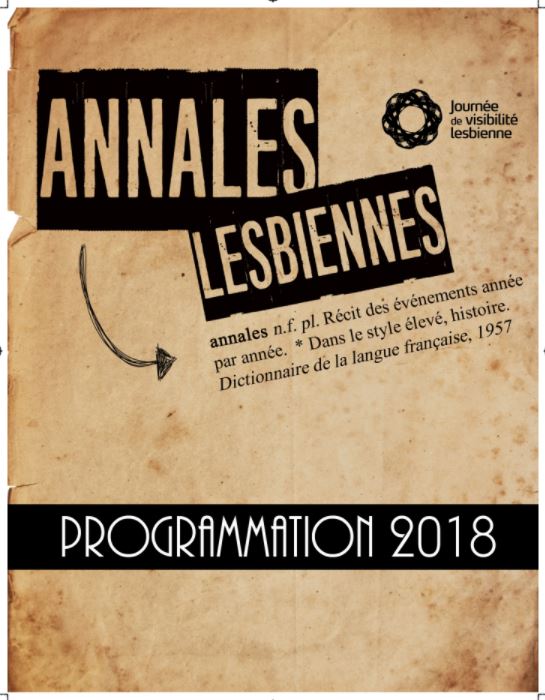 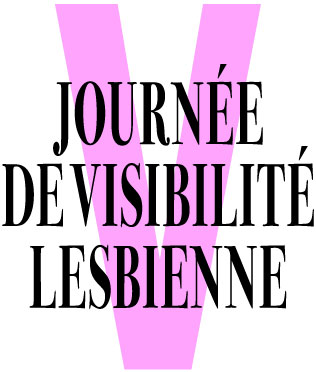 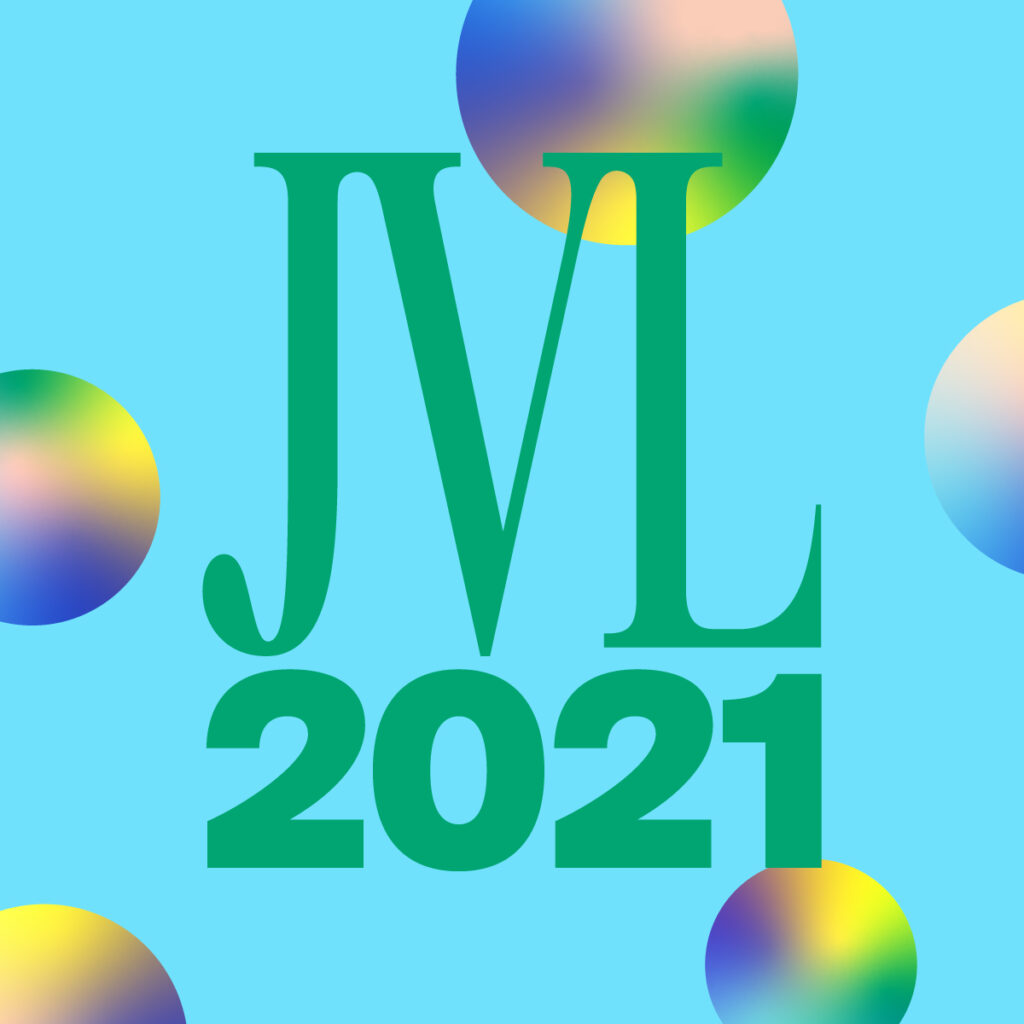 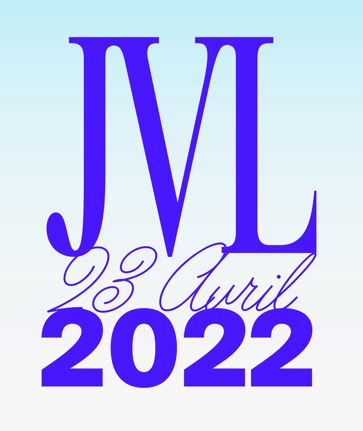